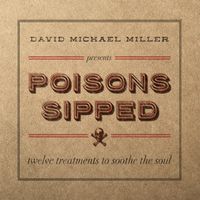 From the recording Poisons Sipped

At the end of the day, It's safe to say
He's led an ordinary life
Hero by day, Villain by night
One foot in shadows, One in light

So torn at the seam, So often he screamed
Thinking with ordinary thoughts
Some are like dreams, Faded and lost
Some were redeemed, And some have cost

Regret on his lips, The poisons he sipped
Breathing with ordinary lungs
And fell til he tripped, And swallowed his tongue
And mouths full of praises, Only stung

And brought to his knees, With petitions and pleas
Touching with ordinary hands
Till all that you see, Is all that still stands
Simply an ordinary man

The way that she loves, the man that she sees
Is something extraordinary